Here’s the clog of the Ancient Mariner, eight days later. 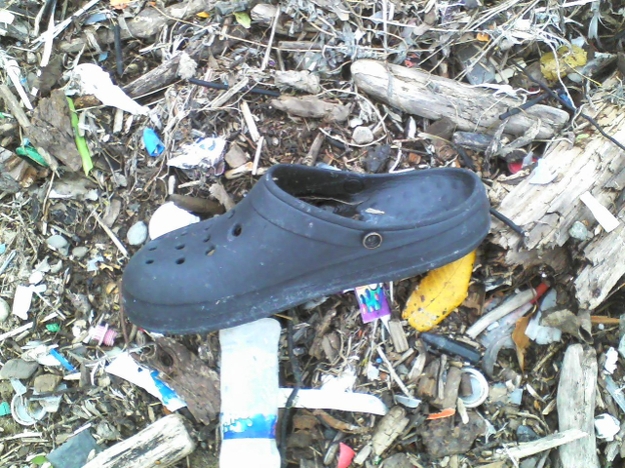 The dead bird is gone, or at least moved. 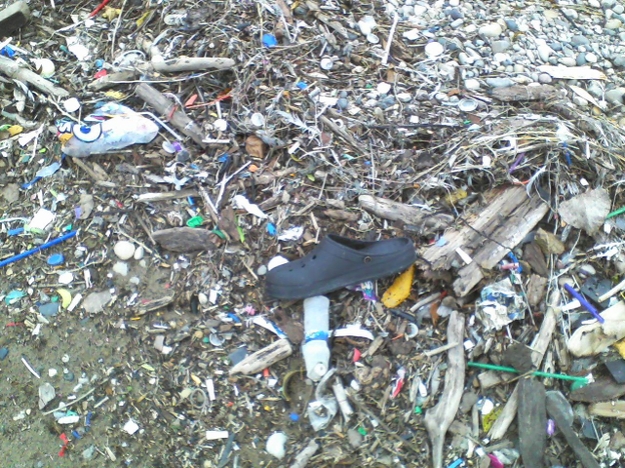 This particular beach has been exceptionally filthy this year. These two weeks that the clog was here were the filthiest days so far on the filthiest beach: densely strewn with plastic, dead birds, boat parts, and junk of every imagining.

This year I have felt very sad about the amount of plastic. From earlier in the year: 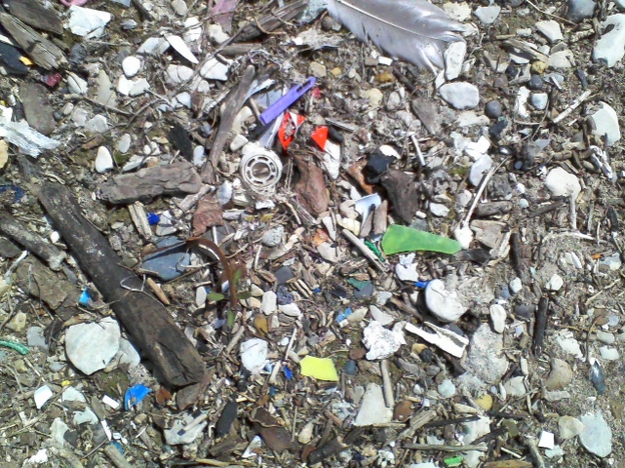 It makes me think about microplastic pollution. Plastic doesn’t disappear, it just breaks down into tinier pieces. The tiny pieces attract toxins and are eaten by birds and sea creatures. Even if we don’t eat these creatures, we drink this water.

Research is being done on the Great Lakes by the 5 Gyres Institute, an organization dedicated to eliminating plastic pollution in the oceans. Please support them.